It started in Egypt 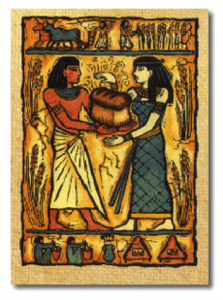 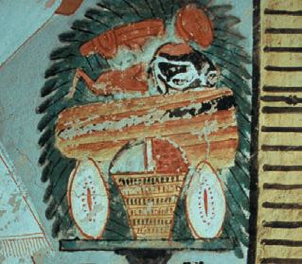 Researchers speculate that a mixture of flour meal and water was left longer than usual on a warm day and the yeasts that occur in natural contaminants of the flour caused it to ferment before baking.

Bread was the most important part of the ancient Egyptian diet. As rice, maize and potatoes were introduced into the country thousands of years later, the early Egyptians depended on wheat and barley to provide the carbohydrates they needed for a healthy, energetic lifestyle. Archaeological sites around Faiyum unearthed storage pits where the harvested grain was kept.

During this time, bakers were using different grains to create a variety of flavors in their breads. Wheat, which was the most common grain in Egypt, made excellent loaves.

To make their breads tastier, bakers began experimenting with different ingredients: honey, eggs, dates, seeds and spices were added to provide a welcome and delicious variety. They would often make their breads in different animal shapes – like birds, fish and cows. While these breads were meant for everyday consumption, some had special significance for rituals.

In 1680 Dutchman Antonie van Leeuwenhoek observed yeast under a microscope for the first time. 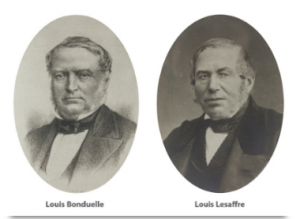 In 1853, Lesaffre was established by two friends: Louis Lesaffre and Louis Bonduelle, with the objective of erecting a grain alcohol and Dutch gin plant in Marquette-Lez-Lille, a beautiful suburb in the north of France. 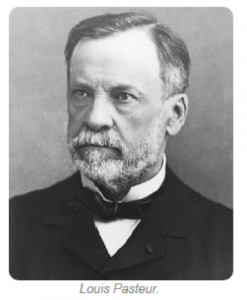 In 1857, French microbiologist Louis Pasteur proved in the paper “Mémoire sur la fermentation alcoolique” that alcoholic fermentation was conducted by living yeasts and not by a chemical catalyst.

By the late 18th century, two yeast strains used in brewing had been identified: Saccharomyces cerevisiae (top-fermenting yeast) and S. carlsbergensis (bottom-fermenting yeast). S. cerevisiae has been sold commercially by the Dutch for bread-making since 1780, while the Germans started producing S. cerevisiae in the form of cream around the 1800s. 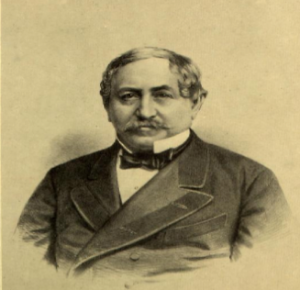 In 1872, Baron Max de Springer brought back from Vienna the idea of extracting yeast from fermented grain wort and selling it to bakers, a technique used until the First World War. Baron de Springer went on to found the first French yeast factory, Bio Springer, in Maison-Alfort.